Industries profit at the expense of local communities

Why the Latrobe Valley?

OSMI have partnered with Hancock Plantations Victoria (HVP), a US owned company. HVP manages 240,000ha of forest, with much of the Gippsland Region held in freehold title. The Delburn Wind Farm proposal is a pilot project for OSMI and HVP”.

Click on the link below to identify other potential wind farm sites for HVP:

The Delburn Wind Farm proposal is the first of its kind in Australia for a number of reasons:

As such, there is no comparison in Australia. This means research on the economic impact is scant. 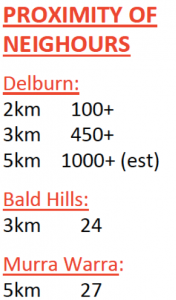 It’s easy to understand why Latrobe Valley has been nominated as the pilot site. Cheap, easy access to established transmission lines. One landowner.

Promises of investment opportunities for the community

Once planning permission is obtained, OSMI will sell off the wind farm. If the Delburn Wind Farm was sold to a multinational company then profits could end up offshore. Investments in property will be negatively impacted, threatening the financial security of many local people.

OSMI will seek to engage local communities through promises of grants. It must be asked – at what expense to the rest of the community?
Promises of jobs

OSMI have indicated up to 75 direct jobs during the construction phase, with 8-12 direct jobs for the lifetime of the project.

The proposal originally boasted over $3 million per year in benefits to the local communities. With the reduction of turbines from 53 to 35, the community benefit has dropped to $2 million. The main beneficiary is the landowner hosting the turbines, which is HVP, a foreign owned company.

In reality, OSMI and HVP are maximizing their profits at the expense of local community members. Their aim has been to fit as many turbines as possible onto the site, restricted only by the regulation that turbines cannot be closer than 1 km to a house. This means that any land owned by a neighbour that falls within the 1 km radius is now effectively an industrial zone. The landowner will not be able to build on that land. The rights of the landowner have been eroded.

It is the practice of the developers to pit neighbour against neighbour as a divided community offers less resistance. Those willing to accept compensation are in conflict with those who oppose the windfarm. Once compensation is accepted, it is difficult for the landowner to raise objections about the wind farm once operating as they are seen to be in agreement with the project.

The SCA calls for any negotiation of compensation to be transparent and equitable. It also would like to draw the broader community’s attention to the financial losses being imposed on fellow members of the community while the developer, HVP and investors stand to make millions. The SCA would like community groups to bear this in mind when considering the offer of grants and to question from where the money is truly coming. Community groups will flounder in a community that is divided.

Note: The Victorian Renewable Energy Target is a mechanism imposed by the government that provides huge financial benefits to operators of wind farms with costs passed onto the consumer. Hepburn Wind earned $3,423,371 in revenue from electricity sales and $3,367,494 from benefits between 2013/14 and 2017/18. No assessment of greenhouse gas emissions is required. This promotes opportunistic and inappropriate development.

Anyone living in a property >2km from any wind turbine may not receive any financial benefit regardless of the impact. Find more information on the impact under Health and Noise Pollution.

Promises of a reduction in turbine numbers

OSMI initially specified the erection of 53 turbines. This number has been reduced to 35, with verbal promises to further reduce the number of turbines.

The reduction in turbines is simply to allay the community’s disapproval, until planning permission is granted.

If not here, then where?

The Commissioner acknowledges that “existing wind farms have most likely already selected optimal sites for their location … [and that] selection of appropriate new sites from remaining site options may become more difficult”, and recommends that “Appropriate zoning overlays for clarifying where it would be appropriate or not appropriate to build and operate wind farm developments should be considered.” Such overlays should be based on independent, evidence based and publicly available assessments. This would prevent rural communities from being blindsided by industrial wind energy developments. 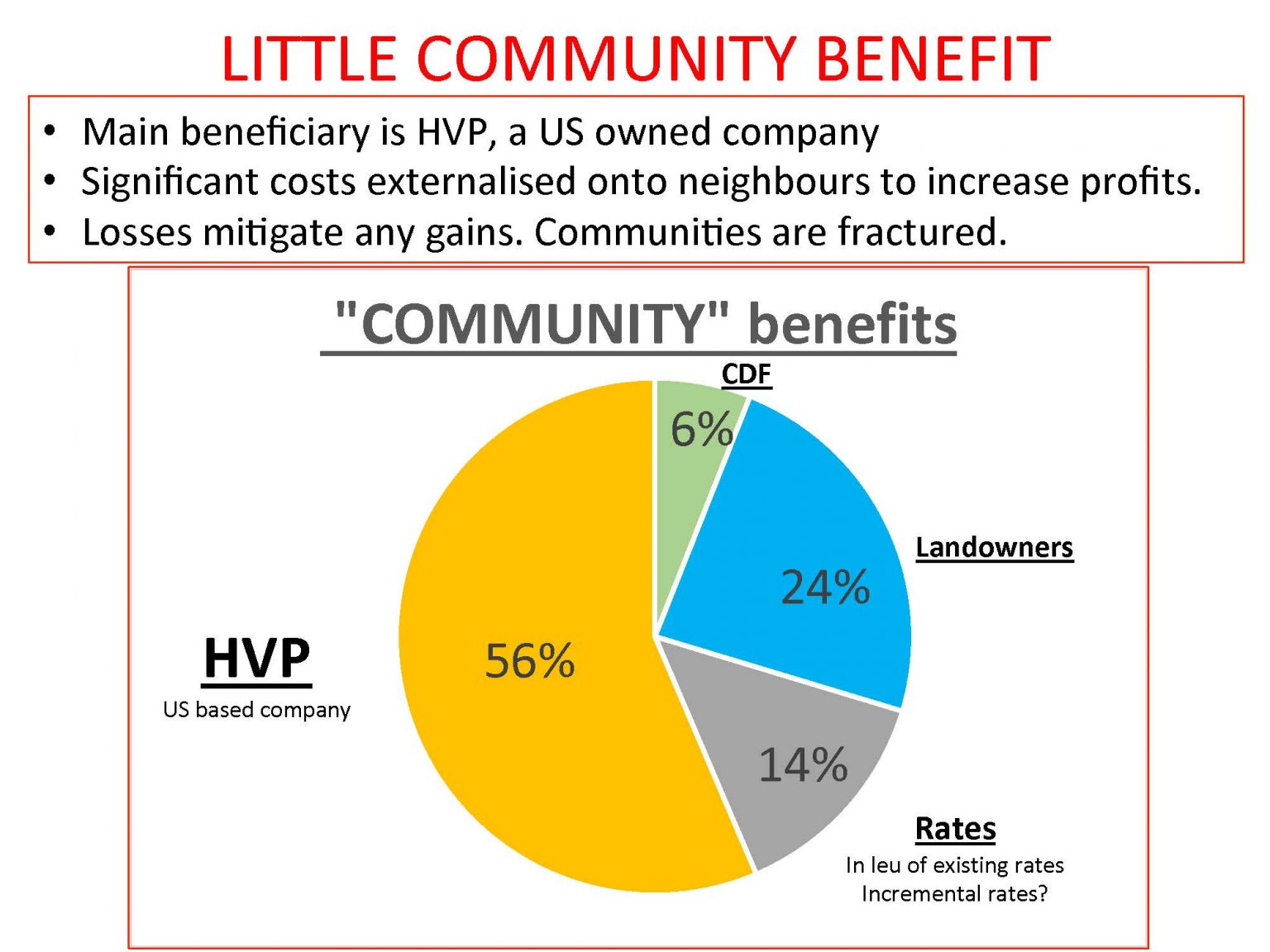