We want to be able to sleep in our homes

The SCA is greatly concerned about the impact on health. Many community members, some of whom are still traumatised by the 2009 fires, have raised their concerns with their GPs and the Latrobe Community Health Advocate (see link below). Supporters of the wind farm proposal irresponsibly misrepresent the findings of the National Health and Medicine Research Council (NHMRC) into the affect of wind farms on the physical and mental health, implying they are safe. The lack of quality research available meant that the NHMRC could not draw a conclusion one way or the other. That is why it is currently spending $3.3 million on research into wind farms and the impacts on sleep, annoyance and quality of life. Placing the largest onshore turbines in such a populated region without the findings of the NHMRC sponsored research being known goes against the Precautionary Principle of the State Government’s Environmental Protection Amendment Act, 2018:
“If there exist threats of serious or irreversible harm to human health or the environment, lack of full scientific certainty should not be used as a reason for postponing measures to prevent or minimise those threats.”

When releasing the Environmental Noise Guidelines for the European Region in 2018, the World Health Organisation stated, “More than a nuisance, excessive noise is a health risk – contributing to cardiovascular diseases, for example.” For the first time, wind turbine noise is included in the guidelines. 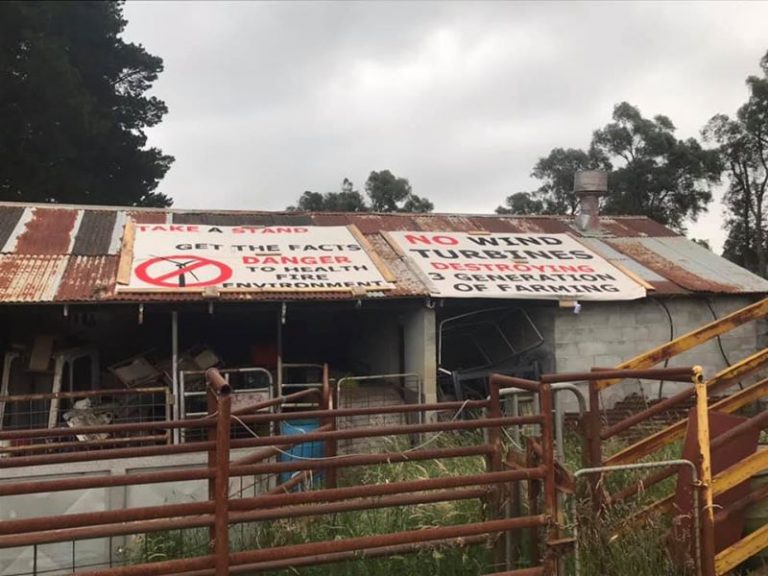 Paul D. Schomer and George Hessler are both Professional Engineers and members of the Institute for Noise Control Engineering in the US. Schomer was the Standards Director for the Acoustical Society of America. After reviewing Steven Cooper’s report on wind farm noise at the troubled Cape Bridgewater Wind Farm, they stated:

“There is at least one non-visual, non-audible pathway for wind turbine emissions to reach, enter and affect some people”……“up until now windfarm operators have said there are no known cause and effect relations between wind farm emissions and the response of people living in the vicinity of the windfarm other than those related to visual and/or audible stimuli, and these lead to some flicker which is treated, and “some annoyance with noise.” This study proves that there are other pathways that affect some people, at least 6. The windfarm operator simply cannot say there are no known effects and no known people affected. One person affected is a lot more than none; the existence of just one cause-and-effect pathway is a lot more than none. It only takes one example to prove that a broad assertion is not true, and that is the case here. Windfarms will be in the position where they must say: “We may affect some people.” And regulators charged with protecting the health and welfare of the citizenry will not be able to say they know of no adverse effects. Rather, if they choose to support the windfarm, they will do so knowing that they may not be protecting the health and welfare of all the citizenry.”

Disclaimer: This video have been selected to simply highlight the impact wind farms have had on the health of the community members in Australia. SCA are not endorsing either the program or anyone who is sharing the video.